Shopping Basket
Your Basket is Empty
Quantity:
Subtotal
Taxes
Delivery
Total
There was an error with PayPalClick here to try again

Thank you for your business!You should receive an order confirmation from Paypal shortly.Exit Shopping Basket

THE BEGINNING TO EGYPTIAN SLAVERY 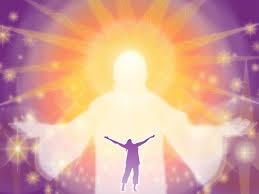 Jn 1:1 . In the beginning was the Word, and the Word was with God, and the Word was God. Jn 1:2 The same was in the beginning with God. Jn 1:3 All things were made by him; and without him was not any thing made that was made. Jn 1:9 [That] was the true Light, which lighteth every man that cometh into the world. Jn 1:10 He was in the world, and the world was made by him, and the world knew him not. Jn 1:11 He came unto his own, and his own received him not. Jn 1:12 But as many as received him, to them gave he power to become the sons of God, [even] to them that believe on his name: Jn 1:13 Which were born, not of blood, nor of the will of the flesh, nor of the will of man, but of God. Jn 1:14 And the Word was made flesh, and dwelt among us, (and we beheld his glory, the glory as of the only begotten of the Father,) full of grace and truth. 1Jn 1:1 . That which was from the beginning, which we have heard, which we have seen with our eyes, which we have looked upon, and our hands have handled, of the Word of life; 1Jn 1:2 (For the life was manifested, and we have seen [it], and bear witness, and shew unto you that eternal life, which was with the Father, and was manifested unto us;) 1Jn 1:3 That which we have seen and heard declare we unto you, that ye also may have fellowship with us: and truly our fellowship [is] with the Father, and with his Son Jesus Christ.

Oops, you forgot something.

The words you entered did not match the given text. Please try again.